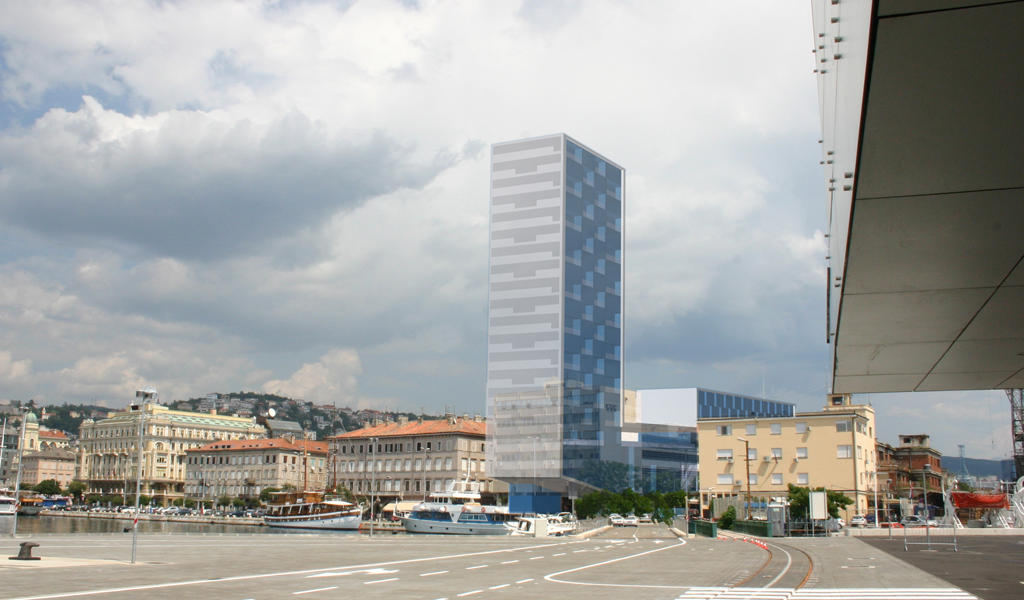 This urban study examines the possibility of new construction on the part of ex Civitas Nova and the Porto Baroš in Rijeka.

The space covers a wider area than Ulica Ivana Zajca (Ivan Zajc Street) and the Mrtvi kanal (Dead Canal), all the way to the port facilities at the Trieste coast. This area was created in the historical development of artificial embankment of the sea during the first half of the 19th century to allow a logical continuation of the urban sprawl outside the old 18th century fortress.

The urban matrix of Rijeka Civitas Novae has mostly been realized during the second half of the 19th century by applying the concept of orthogonal street moves of the residential, commercial and block construction following the Hungarian plan Fiume Varosa Fekvés-Tervo, outlined by Josef Bainville.

The area of Civitas Nova and Porto Baroš is today characterized by urban structures with mixed-use facilities. Urban facilities are heterogeneous due to the presence of interconnected residential, retail, service and port facilities and the presence of very intense rail road and maritime transport. The morphological harmony is reduced by the quality of buildings in the coastal zone where the port zone is located with storage and port handling areas.

Recent urban planning provides a thorough reconstruction of the port and the opening of the town towards the sea. The urban study suggests the possibility of a kind of spatial completion of the historic building of the coastal area of Civitas Nova and Porto Baroš, with the continuation of the urban axis  which was in the 19th century planned as an important city move for better public, cultural and shopping facilities.

This study proposes the completion of construction of the described urban axis reaching to the seashore with the proposal of accommodating a new landmark which would, like some sort of a lighthouse, emphasize the entrance to the historic harbor.

Other projects from the category Urbanism: