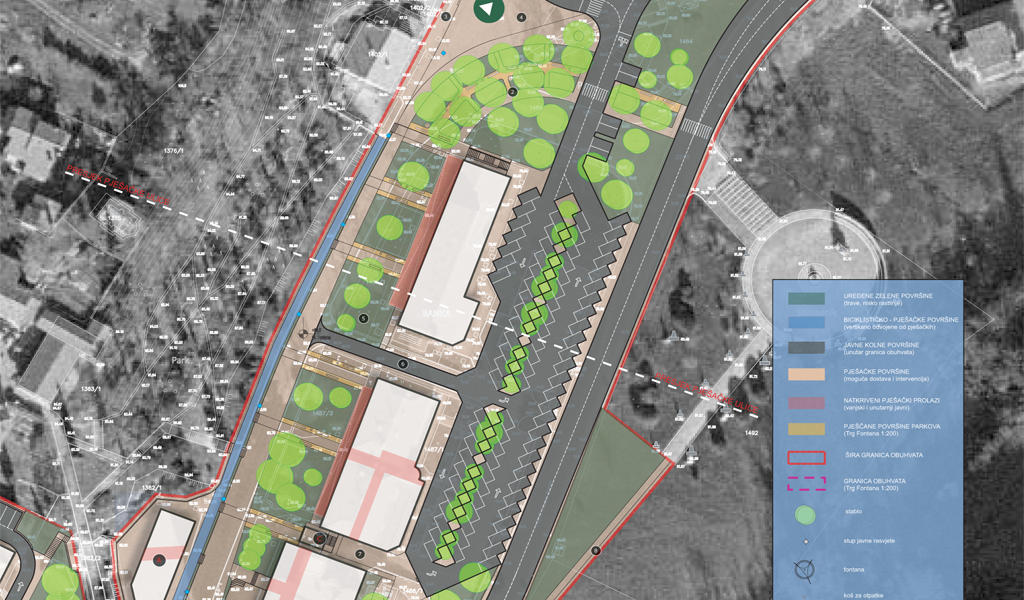 The complex city functions of Buzet as a historical, manufacturing, administrative and educational centre of the Buzet administrative area, as well the city’s traffic and tourist functions, have so far been endorsed spontaneously, almost without a planning directive.

That is why this basic concept of the competition work consists of in a new spatial vision of Buzet centre and Trg Fontana (Fountain Square) as spaces for qualitative public, social and all around cultural-urban life.

This concept in itself demands a more specific consideration of the wider city area, especially in the diameter of the traffic function which interactively influences the functional as well as the spatial relations in the narrow city centre. With this new traffic solution we suggest the building of a roundabout as a directed traffic element, including a static island and a circular traffic direction, connecting five roads on one level. This enables introducing new possibilities for developing the city centre in a circular urban context. The later is especially applicable to the constructing potential for new buildings that should purposely, spatially and quantitatively finish the urban shaping of the Square area and the Ulica Fontana (Fountain Street).

Other projects from the category Urbanism: