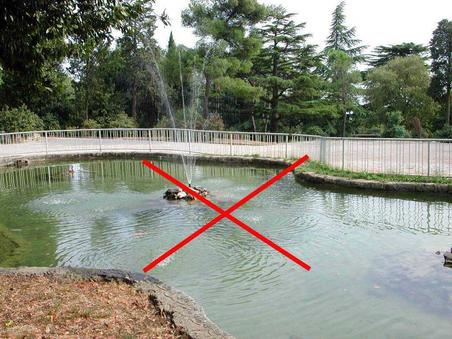 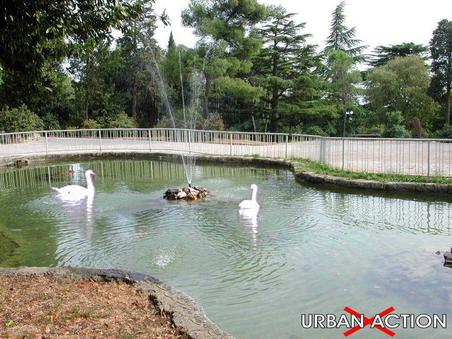 At the end of the 19th century, the brother of the Austro-Hungarian Emperor and King Francis Joseph, Archduke Joseph, buys a villa from mayor Ciotta, coming with a park, near the Governor's Palace and near Lešnjak (Hazel) water well.

In those times, there was a great interest in growing exotic plants in all parts of Europe. In Rijeka, great merits for acclimatization of exotic plants were attained by Archduke Joseph himself, a passionate botanist, who could use our maritime connections with the southern seas for the shipment of various specimens of plants. So, he decorated a beautiful botanical garden around his villa on a wide area from the Ulica Žrtava fašizma (Victims of Fascism Street) to under Belvedere.

At the bottom of his estates, the Archduke built a separate building for the pump, which used Lešnjak (Hazel) well for supplying the water into the park maintenance facilities.

After the death of Archduke Joseph the park was parceled, the new road (Vladimir Nazor Street) was built, and the wonderful botanical garden was left in miserable bits and pieces.

Particularly neglected seems the pool located on the extension of the elevated part of the park , above Ulica Vladimira Nazora (Vladimir Nazor Street).

This urban action emphasizes the necessity of respecting and upgrading Rijeka’s park heritage, which is otherwise rather modestly represented in relation to the growing needs of a modern city.

We propose a reconstruction and landscaping of the pool so that swans could again settle this area as its historically familiar habitants.